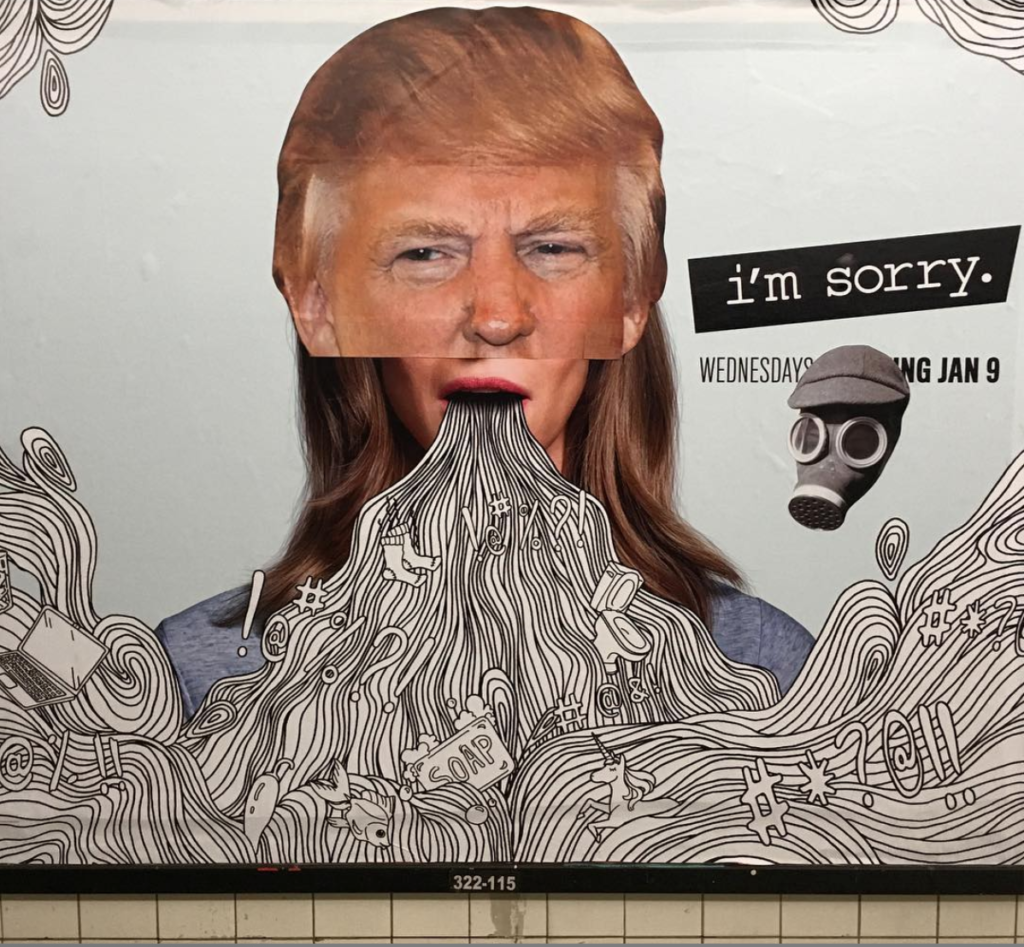 No syncretistic faith can withstand analytical criticism. The critical spirit makes distinctions, and to distinguish is a sign of modernism. In modern culture the scientific community praises disagreement as a way to improve knowledge. For Ur-Fascism, disagreement is treason.

In spite of a seemingly convincing victory in Israel’s recent elections, Prime Minister Benjamin Netanyahu failed to form a right-wing coalition, which would secure him the premiership for an additional four years.

The reason: hard-right Member of Knesset (MK), former Israeli Security Minister, and leader of the Yisrael Beiteinu party Avigdor Lieberman – a settler in the Occupied Palestinian Territories, ex-nightclub bouncer and convicted child beater – refused to budge on a draft bill for ultra-orthodox Jews. In response to Lieberman’s opportunistic move, a disheveled-looking Netanyahu spoke to reporters claiming: “Lieberman is now part of the left”.

Yet Lieberman is as far from left wing politics as can be. In fact, his signature fascistic opinions are no secret – e.g. he has openly endorsed expulsion of Palestinians from Israel and spearheaded attempts to legalize execution and even beheading of Palestinian prisoners, whom he collectively refers to as “terrorists”.

Across the pond in the United States, President Donald Trump has adopted the term “radical left” to describe his opponents in the media and the Democratic Party. With the ramping up of the 2020 election fever, Trump will likely soon drop the “radical” and simply scapegoat the “left”.

These instances of illogical characterization of critique as coming from “the left” are a form of reactionary doublespeak, well-established in Israel and the United States of America. Those who challenge members of the ruling class are stereotyped, smeared and nonsensically labelled as traitorous lefties regardless of true political orientation.

According to Collins dictionary, the term “doublespeak”, widely attributed to George Orwell’s 1984 though it was never explicitly mentioned in the book (Orwell coined the terms “newspeak” and “doubletalk”, among others), is a means of ‘… presenting things in a way that is intended to hide the truth or give people the wrong idea.’

Doublespeak is a propaganda tool which purposefully obscures, falsifies, and/or reverses the meaning of language. It is used to shift the conversation away from the content of criticism illustrating logical fallacies, uncomfortable truths and corruptions of the ruling class, toward an illogical, emotional, and cognitively dissonant reaction to an established stereotype – a “leftist” as contemptible, disloyal, hypocritical and cowardly.

According to this narrative, the leftist seeks to weaken the “freedoms” and identity of supposed merited elements of society by promoting, at their expense, lazy freeloaders.

Thus, doublespeak serves to hardwire oppression, misogyny and the status quo of white male supremacy, protecting its accumulation and hoarding of resources at the expense of vulnerable societal groups.

As a social species, humankind relies on its members for survival and progress. The modern scientific framework promotes a collaborative model in which conflict rooted in the premise of a critical interchange of ideas is encouraged as part of a need for constant evolution of understanding and consequent ideas, ultimately leading to an equitable and sustainable existence.

In contrast, an individualistic approach animates an inherently oppressive cult of xenophobic identity and destructive conflict, discouraging collaboration and sustaining privilege through a denial of inconvenient facts and an ongoing obstruction of collectivism.

Instead of perceiving challenge, peer review and the scientific method as necessary for truth, subsequent accountability and consequent growth of humanity as a whole, it is perceived by individualists as an existential threat to their privilege. As such, reactionaries typically villainize academia and science, media and the arts and rely on celebritized pseudo-intellectuals to justify their privilege and oppression of others.

Ben Shapiro, social media celebrity, pseudo-intellectual and inspiration to anti-Semites and white supremacists worldwide, recently exemplified doublespeak in an interview with BBC’s right-wing journalist Andrew Neil. When Neil challenged his opinions, Shapiro pleaded with the veteran Brit to admit he was “on the left” and abandoned the interview in protest, claiming Neil was “badly motivated”.

Pop psychologist Jordan Peterson is an additional noteworthy example of a pseudo-intellectual outside his own field who has become a cult-like thought leader amongst reactionaries. In his work, Peterson justifies inequality by claiming humans are naturally inclined to form hierarchies. He compares humans with lobsters and suggests neural systems involved in hierarchy formation in both species are controlled by the neurotransmitter molecule serotonin.

Peterson ignores and disappears studies of evolutionary biology and behavioural neuroscience which have demonstrated repeatedly the deep flaws of such a reductionist approach to human brain and behavior. Drawing conclusions about complex social behaviors from comparisons between humans, a species with highly evolved brains with complex structures and many neurotransmitter systems, to lobsters, crustaceans with a comparatively primitive nervous system (comprised of ganglia and no brain) is blatant propagandistic pseudoscience.

This misuse of science to code cult dogma has its roots in the now highly discredited and racist theory of social Darwinism.

Human progress – defined as sustainable, equitable and just – occurs when societies rely on historical precedents to build a framework of norms and taboos. In turn, these serve to promote progress by social enrichment on the one hand and a curtailment of abuses of vulnerable and disenfranchised elements of society, on the other.

A divided, poorly educated and uncritical society is particularly susceptible to a reactionary leader who can syncretize identity constructs and scapegoat others while gutting the public sphere. The use of fear to instill complacency, a sense of powerlessness and an addiction to aggression at the behest of expansionism is characteristic of white supremacist, settler colonialist countries such as the US and Israel.

Both charismatic leaders, Trump and Netanyahu skillfully use doublespeak to promote their reactionary, capitalist and white supremacist agendas. Alongside the degradation of intellectualism and collectivism, they employ trial balloons as a means of assessing public resistance before creating precedents and slogannistic memes which serve to shatter acceptable taboos as preludes to authoritarianism.

Both Trump and Netanyahu have been able to manipulate a corrupt and often times subservient media to serve their purposes of distraction and scapegoating, which mask their ongoing looting of their country’s public domains.

The deployment of a barrage of manufactured spectacles produces an apathetic, distracted and fragmented public which is less likely to put up a fight when its civil liberties are attacked and is more likely to engage in infighting rather than confront the white patriarchal ruling class hegemony.

Whether it is Trump’s lies and daily tirades on Twitter or Netanyahu’s racist calls to his fanatical supporters on election night, both are adept at manipulating the public and media to serve their purposes.

With the growing tide of the global right, education of the public to the importance of reason, the scientific method and collaborative creation utilizing the power of conflict rooted in the premise of a critical interchange of ideas, is crucial to combat the contradictions of ruling class dogma and the complacency it manufactures.

Washing one’s hands of the conflict between the powerful and the powerless means to side with the powerful, not to be neutral.