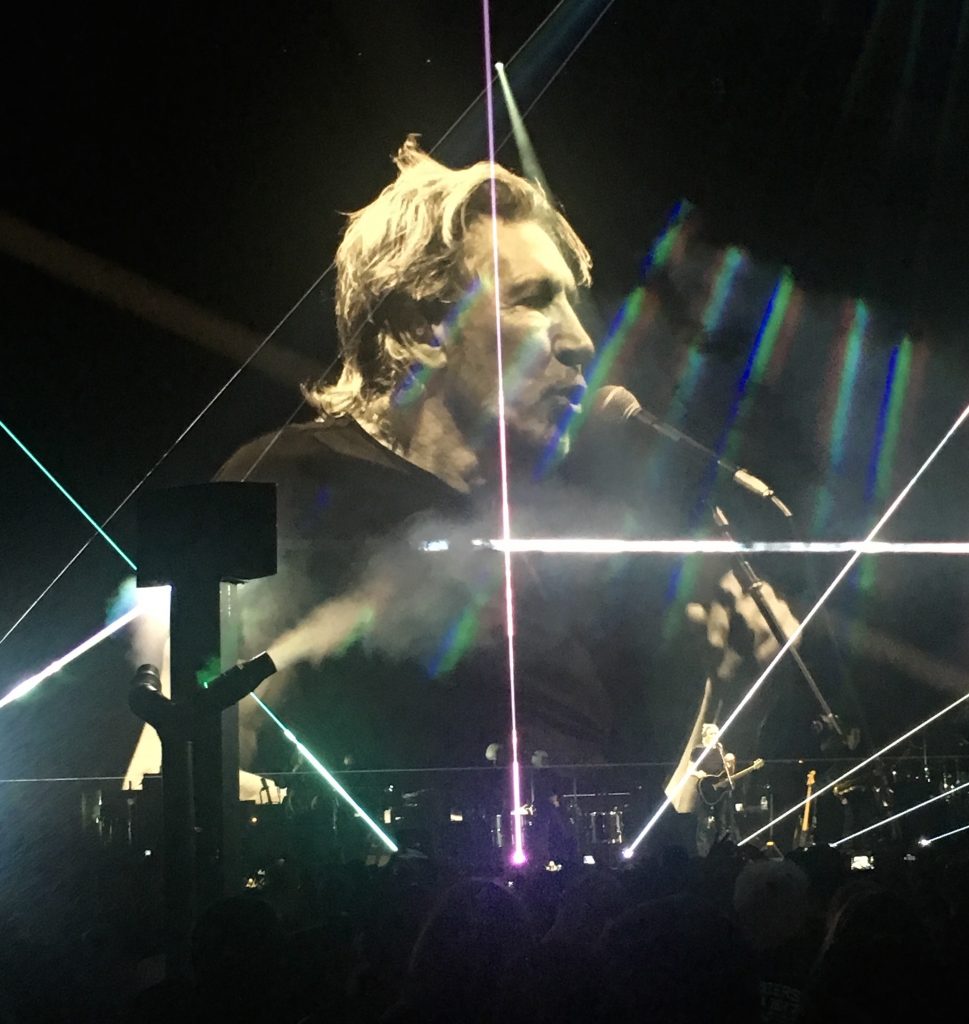 Animals at the Roger Waters Concert

Last Saturday night, I was fortunate to see Roger Waters, one of my musical and personal idols, perform live.

At age 74, the rock legend still puts on the edgiest, most radical performance in town.

An old rocker with an old message is the pinnacle of radical art these days.

But is that a statement on Waters’ unquestionably brilliant creativity and artistry, or on our subdued, obedient and apathetic society?

Once the performance started my friend and I slowly made our way to the open spaces on the floor to dance away with a few others not clinging to their seats. We were met by an annoying assortment of security.

The first tier included 20-somethings in private security uniforms who told us to return to our seats. When we nodded and continued dancing, they walked away only to return to badger us again and again. Finally, the chief crowd-control officer came by with a stern face, obviously itching for a fight. I told him that he can just move along, we only wanted to dance. I love everybody, himself included I said, at which point he said he’s “just doing his job”, and walked away.

Together with several private security personnel, four intimidating cops aggressively hauled away a man like us who was just dancing to himself and did not harm anyone. My friend followed the cops to make sure they did not beat him up.

There was no smoking allowed and beers cost between $9-$11. 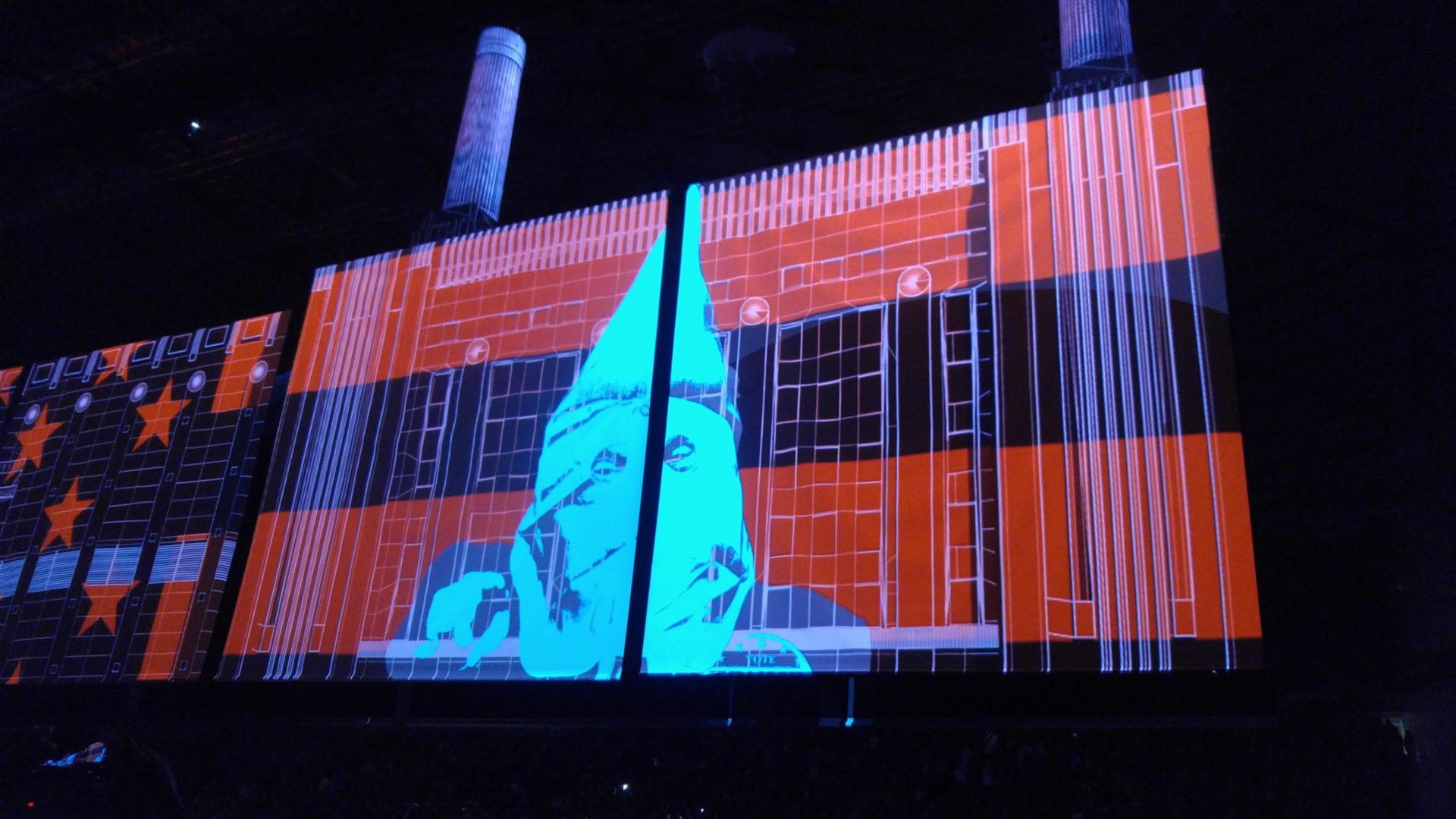 People around us were either sitting or standing in their assigned seats. Many were with cell phones in hand taking photos, videos and selfies. A few were singing along, most were quiet.

Several people stopped my friend and I to take our photo. Why? I asked. They replied that we’re “awesome” for dancing and not obediently sitting in our seats.

That’s what it takes to stand out these days, to be “radical” and picture-worthy – dancing at a rock concert.

Waters was accompanied by a wonderful band with backup vocals including a crew of children with “Resist” printed on their t-shirts, an impressive lightshow that included Trump in a KKK uniform and other unflattering photos, and a series of texts of Trump’s obnoxious tweets. There was also an enormous airborne float of a pig with Donald Trump’s image on it.

A few people shouted “fuck Donald Trump” at these images.

At the end of the performance thousands of notes with “Resist” written on them rained down from the ceiling of the Dome unto the crowd.

What more could Roger Waters do to hammer in the message? How else can he show us that his music is as relevant as it was when it was released forty years ago?

How else can he reiterate that we’re all in need of shelter from pigs on the wing?

The Con of the Red-Brown Alliance