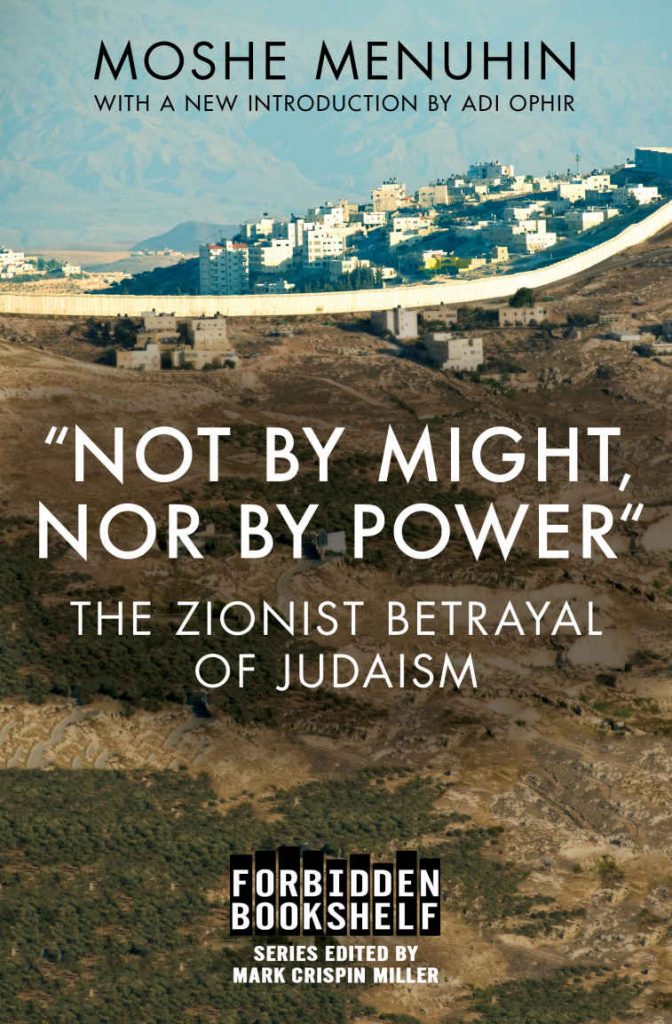 (supplementary material to my review of “Not by Might, nor by Power” – the Zionist betrayal of Judaism)

Born in 1893, Moshe Menuhin was part of the inaugural class to attend the first Zionist high school in Palestine, the Herzliya gymnasium in Tel Aviv. He had grown up in a Hasidic home, but eventually rejected orthodoxy while remaining dedicated to Judaism.

As a witness to the evolution of Israel, Menuhin grew disaffected with what he saw as a betrayal of the Jews’ spiritual principles. This memoir, written in 1965, is considered the first revisionist history of Zionism. A groundbreaking document, it discusses the treatment of the Palestinians, the effects of the Holocaust, the exploitation of the Mizrahi Jewish immigrants, and the use of propaganda to win over public opinion in America and among American Jews. In a postscript added after the Six-Day War, Menuhin also addresses the question of occupation. This new edition is updated with an introduction by Israeli philosopher Adi Ophir, putting Menuhin’s work into a contemporary historical context.

Passionate and sometimes inflammatory in its prose, and met with controversy and anger upon its original publication under the title The Decadence of Judaism in Our Time, Menuhin’s polemic remains both a thought-provoking reassessment of Zionist history and a fascinating look at one observer’s experience of this embattled corner of the world over the course of several tumultuous decades (from Amazon).

Below is a series of YouTube videos that include an extended interview with Moshe Menuhin.

Shalom: What Kind of Peace?