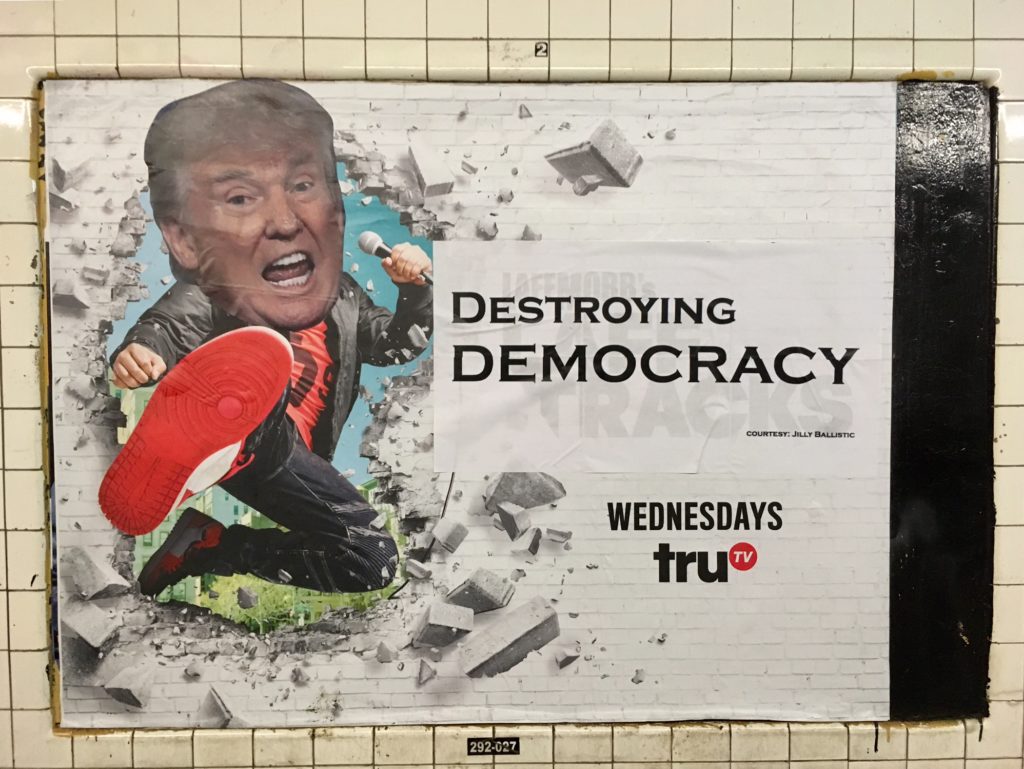 Antifa and Antiwar: Purging Hangers-on in the Struggle for Equality and Justice

On May 21st Diana Johnstone published a long-winded conspiracy theory on Consortium News. The conspiracy included myself, and several past and present contributors to Counterpunch, including CP’s editor-in-chief Jeffrey St. Clair, CP contributor and podcast host Eric Draitser and past contributor Alexander Reid Ross. Further, Johnstone substantially cited an article by Elise Hendrick from her blog (not a German site, as Johnstone claims), in which Hendrick attacked Counterpunch.

In Johnstone’s mind, we are somehow working together to contrive a narrative of a red-brown alliance in our so-called quest to scapegoat “anti-war” activists such as herself – a result of our apparent paranoid lefty gatekeeping.

This is a classic apologist dodge for racists.

Johnstone’s conspiracy falls apart at the onset, when even the most elementary research shows that the narratives each member of the above imaginary cabal presents on a variety of topics she mentions, whether it be white supremacy, antifa, war, imperialism, capitalism, the media, American politics, Syria, Israel, Iran, Russia or even Counterpunch itself, are profoundly different.

Therefore, rather than dissect each one of Johnstone’s ludicrous claims and fictitious associations, I will address only several that are directly related to myself.

“CounterPunch ran a whole series of articles attacking independent antiwar blogger Caitlin Johnstone (no relation) for some inconsequential remark about her willingness to join in opposing war even with male supremacist Mike Cernovich. The purists pounced on the incongruity of a hypothetical Caitlin-Cernovich alliance as an opportunity to ridicule the more general principle of a broad single-issue antiwar movement.”

I take full responsibility for initiating the attack on CJ back in July. My rather conservative claims in that piece have only been further substantiated. But CJ has done much more than Diana gives her credit for. As I’ve extensively detailed, and don’t wish to go into further, CJ has made significant and persistent overtures to white supremacists like Mike Cernovich (no, Diana, Cernovich is not merely a “male supremacist”), Robert Steele and others in Trump’s white supremacist base. Further, she has promoted conspiracy theories such as Seth Rich and Pizzagate, among others.

Thankfully, the Green Party dropped CJ after the set of Counterpunch articles DJ rallies against, and saved itself from the embarrassment of pursuing this immoral, dead end approach.

Unsurprisingly, groveling to White supremacists is something CJ and DJ have in common, as Diana champions racists and nativists such as Marine Le Pen, is a contributor to Paul “White genocide is real” Craig Robert’s blog and to conspiratorial websites such as Liberty Beacon, among others. Diana Johnstone is emblematic of a phenomenon I call “rats in sheep clothing”, a collection of propagandists who destroy any remaining semblance of democracy by normalizing fascism. 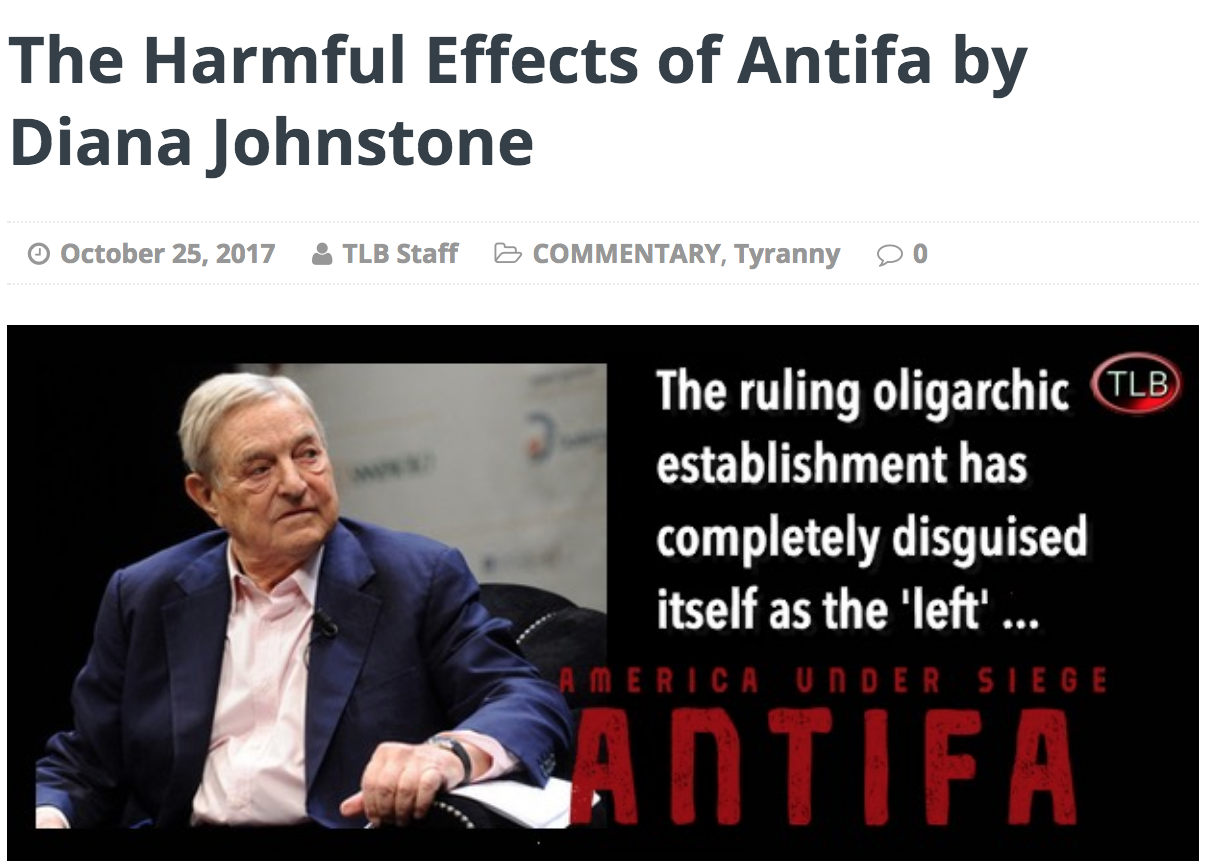 Her notion of creating a so-called “broad single-issue antiwar movement” was, and still is, complete nonsense, as Cernovich and other members of the “alt-right” have proven themselves to be consistent war mongers who cheerlead for any and every war Trump tweets about, including propagating some of the most disgusting Zionist propaganda.

“On July 11, 2017, Yoav Litvin opened fire in an aggressive style that may have been fortified by his service in the Israeli Defense Force (IDF). Exclusion is a habit one can learn in the IDF. It’s ours, you have no right to be here, get out! That goes for the occupied left territories too. They decide who can stay and who does not belong.

In an interview last year, Litvin prided himself on adopting “the positive aspect of Zionism,” which is “the image of a Jew who is a fighter.” As a result of Jewish experience of persecution, he said, “We can lead a fight with all our brothers and sisters in minority communities.”

Fight against whom? In order to accomplish fundamental change, one needs to build majorities. Jews leading a fight of minorities will go where? Into the dead end of identity politics?”

There’s a lot to unpack here.

First, I’m flattered that Johnstone did some homework and discovered that I was indeed a soldier in the Israel Defense Force (IDF). In fact, I was a medic and field-surgeon’s-assistant in the infantry – specifically the paratroopers – and an armored vehicle driver. My service in the IDF is not something I am proud of or a period of my life I enjoyed, but is certainly no secret, and I’ve written about it extensively (see here, here and here).

As Johnstone knows well, many anti-war activists were also past military men and women (e.g. Howard Zinn, Chelsea Manning), or otherwise contracted by the governments they eventually rose up against (e.g. Daniel Ellsberg, Edward Snowden). They realized the futility and cruelty of war, its associated propaganda and the pernicious forces of patriarchy, capitalism and white supremacy and were able to use the insights they gained throughout their service and following it to better their own activism and that of their comrades.

So, when Johnstone attempts to mock me for my IDF service, she is also mocking all of these impressive anti-war activists, including the association Veterans for Peace in its totality.

It seems that Johnstone has a problem with the notion of minority groups such as Black and Brown people, LGBTQI, Jews, Palestinians, Muslims, Indigenous folk and Immigrants finding common ground and leading a fight together against White supremacy, capitalism and patriarchy. In fact, she calls this approach a “dead end of identity politics”. As she makes painfully obvious, Diana Johnstone would rather join forces with our oppressors.

However, it is her simplistic understanding of identity, which has plagued the conspiratorial wing of the American left that is an immoral dead end, and directly aides the establishment she pretends to resist (see here and here for a more informed and nuanced approach on the importance of identity to left wing politics).

In the above paragraph she claims to seek “majorities” “to accomplish fundamental change”, but consistently bends over backwards to appease the miniscule libertarian crowd (that received a mere 1% in the 2016 elections), and ignores in her elitism the approximately 50% of Americans who did not even bother to vote.

This is far from a winning strategy. In fact, it proves Johnstone continues to champion the myth of Trump’s “working class base” (see it thoroughly debunked here, here, here and more recently here).

Now, to clarify, when I seek to adopt “the positive aspect of Zionism”, I certainly do not ignore Zionism’s inherent propagandist nature (see here, here and here) or fascistic roots and characteristics. What I claim is that an image of self-worth can be galvanized in a struggle for justice and equality for all. Johnstone seems to have a problem with utilizing self-worth rather than Jewish victimhood.

To conclude, a segment from my original article back in July, which is still painfully relevant in this context:

“The left needs to build with those who are disaffected with the entire system, which is approximately 50% of the population who did not even bother to vote. Those are the people most affected by the crimes of capitalism and our natural allies. Reaching out to the right when it is strong and the left is weak is lazy, counterproductive and dangerous.”

All art by Jilly Ballistic