In the first State of the Union address of his second term, George W. Bush pledged to “spread democracy” worldwide. But is the democracy in the United States the best example of a truly just and free system worth spreading? One good way to assess a democracy is by examining figures of voter turnout. In the 2014 midterm elections in the US, voter turnout was the lowest since World War 2, down to 36.4%, clearly demonstrating the indifference and even contempt that many Americans felt toward the electoral system.

Today, March 29th, 2015, I experienced a different kind of electoral process- in the small and beautiful town of Sorata, which lies at the foothills of the Cordillera Real mountain range, Bolivia. It is the country’s twenty first election since 1982, the formal year when it returned to a democratic system; quite an achievement for a country that has been riddled with political turmoil throughout its history. An expected six million registered voters selected between 9 governors, 339 mayors, assembly members, town councils and judges; electing close to 5000 public servants. 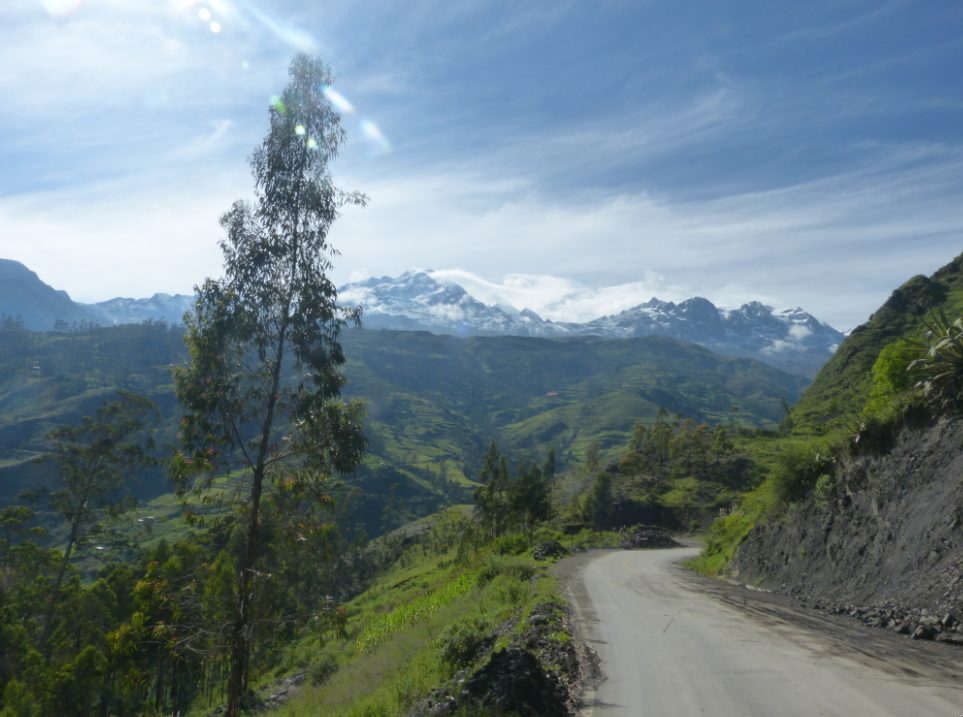 “From this point forward, I encourage everyone to participate in these elections. You know that voting is your right but most importantly we must show that Bolivia is (a) democratic country.” Evo Morales, Bolivia’s popular president told reporters this morning at a voting station. As opposed to the low voter turnout in the United States in 2014, here in Bolivia turnout percentage is typically in the mid- to high eighties.

Why the difference from the low levels in the US, you might ask. Well, from conversations with several Bolivians about the electoral process it was evident that high voter turnout is a national priority, and is reflected by some official policies and practices. On voting day most businesses are required to stay closed, public transportation is shut down and people are forbidden to use their private vehicles. This is to ensure low chances of voter fraud and is meant to encourage all to vote. In addition, and what impressed me most, upon voting one receives a proof-of-voting card (see sample image). From this day forward and for several months, one must present this card in order to perform essential functions and to receive vital services. These include depositing money in the bank and paying for utilities such as electricity and water.

This is all in stark contrast to the United States and its declining voter turnout. Voter numbers are likely to further plummet if more States pass voter ID laws. These laws require voters to present government issued IDs, with research showing approximately 21 million Americans missing such documents. These laws mainly affect (some would say target)  the elderly, poor and people of color.

Here in Sorata, I bore witness to a true celebration of democracy- the streets were packed with a colorful array of village folk and local townspeople who have come for the elections. A mix of people of all ages in colorful and festive indigenous clothing, some of them walking barefoot for many miles to practice their democratic right and duty. Though mostly ignorant with respect to Bolivian politics, as an American I could not help but feel envy at this beautiful display of democracy, of the kind which I would love to see spread to the United States.

Some photos from today:

Governors, mayors and other public officials up for election