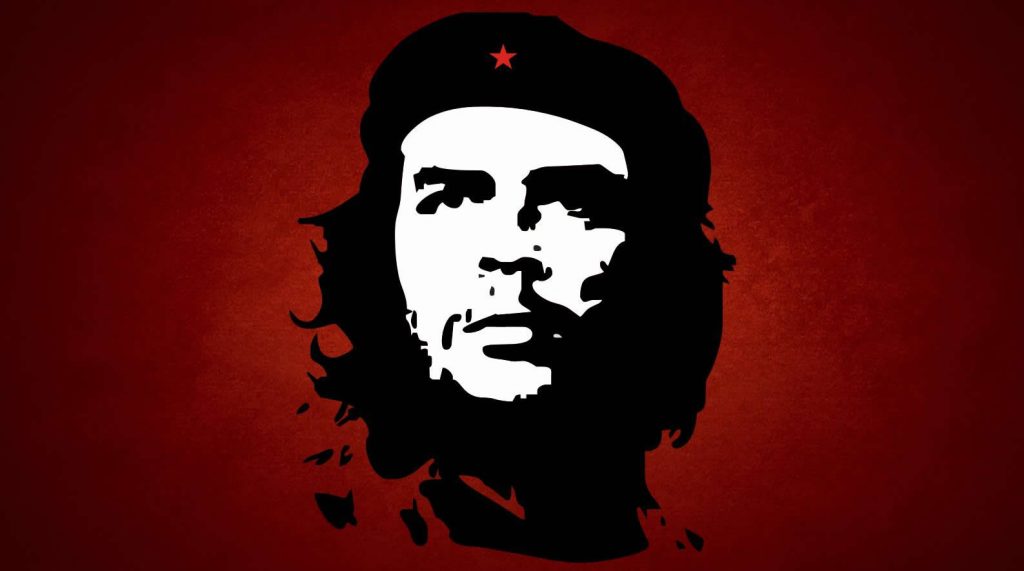 Yesterday I met Che Guevara’s worst nightmare. Where on earth did this incredible (some would say frightening, some enlightening) incident occur? You might guess it must have been in The United States, right? Wrong. Perhaps in La Higuera, Bolivia where Che was summarily executed by pro-American Bolivian forces? Close, but wrong as well. I met Che’s worst nightmare in Peru of all places, in a cab returning from the well-known Incan ruins known as Machu Picchu. 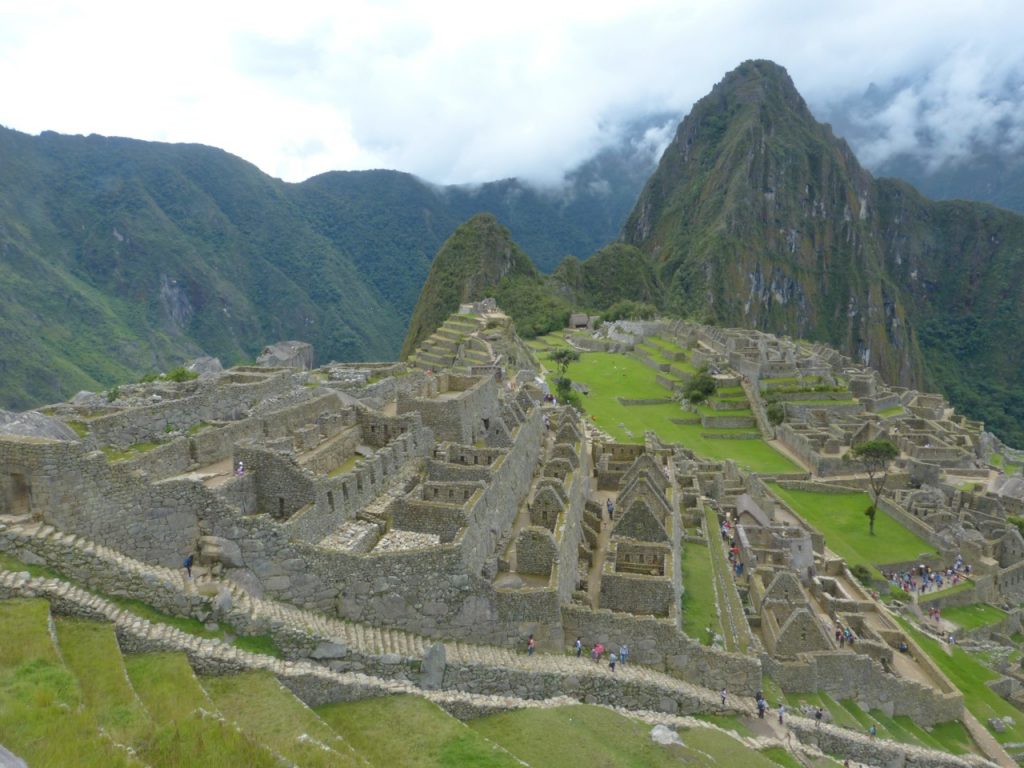 As a charismatic revolutionary leader and thinker, Che Guevara had a plethora of enemies who might fall under the category of his “worst nightmare”. Was it perhaps former US Secretary of State and Che’s contemporary ideological enemy, now 91-year old Henry Kissinger? Nope. I’m guessing he would not choose to backpack in outback Peru. As an infamous womanizer, might it have been one of Che’s many jealous girlfriends looking for revenge? Unfortunately not, that sounds exciting! How about a disgruntled old Cuban politician from Miami? Strike three.

Che Guevara’s worst nightmare was not a frightening, heavily armed right-wing paramilitary either; it was a skinny, slightly awkward, and somewhat frail-looking woman in her 20s. Read-headed, fair-skinned, decked out in standard hippie travel gear, upon seeing her I immediately assumed she was European, Aussie or North American. But then she shifted in her seat and I noticed a large tattoo on her left wrist. I was curious to discover it was a big red star: that ubiquitous symbol of Cuba’s Marxist revolution- the mark of “the Comandante”, the red star that adorned Che’s beret in the iconic photograph known as the “Guerrillero Heroico”.

She noticed my curiosity and in a thick accent started our conversation:

“So, where are you from?

“The United States”, I said with a smile.

“And you?” I asked and then our driver took a sudden turn and almost ran us off a cliff. I grabbed my girlfriend’s hand in instinctual fear, still not used to the driving in these parts.

She mockingly smiled at my frightened response. “Argentina. Have you ever traveled like this before?” she asked, referring to rustic backpacking. I sensed a somewhat condescending tone in her voice.

“Yes.” I said a bit offended, as I always viewed myself as a seasoned traveler. “Quite extensively in South East Asia and Australia; for over a year and a half. And you?”

“I traveled and lived in Mexico and Cuba for a year.”

I persisted to ask about Cuba, as that is a country high on my travel wish list. She spoke about her time in Cuba in a romantic voice, talking at length about the wonderful people, the culture and what she viewed as the flawless Marxist regime.

“I’m sure they love Argentinians there” I said.

“Are there good beaches?” Being a sworn beach fanatic, I wondered.

“I only went twice.” She answered with obvious contempt at my superficial question.

“Where are you going after Peru?” she promptly elected to change the subject.

“Bolivia is next. Very curious what it’s like. We’ve heard great things” I said with a smile, looking forward to our next adventures in foreign lands.

“Well, Bolivia is not Peru, you should be ready.” She said in a condescending tone.

“Well, for gringos like you it won’t be easy. You have to be centered and relaxed. It’s not that easy to travel there. Oh, and the people are racists. They don’t like half-gringos like me but they definitely do not like full gringos like you.”

Surprised, I said we’d heard great things and I’m sure the Bolivians will treat us well.

“Some people hate all Americans, believe it or not.” I said with a wink, trying to lighten up the conversation with a joke.

“I hate Americans.” She curtly replied with a straight face, looking out the window.

There was a long pause. I was shocked and waited for her to continue, or say she was kidding or something.

“So you’re a racist”. I asked, still hoping she was messing around.

“Yes I’m a racist, I admit it, but at least I’m honest. I hate all Americans.” She smiled joyfully and passive-aggressively.

I felt nauseous, as if someone spit in my face. Though critical of many American policies, both at home and abroad, my girlfriend and I were Americans and so were many of our friends and loved ones. I was also familiar with plenty of Americans who are inspirational activists and artists, relentlessly fighting for justice and change in the name of many noble causes that promote equality for all people. Who the hell is this young Argentinian “revolutionary” to spout this kind of racist remark? My blood was boiling.

“Mussolini was also honest. An honest fascist and racist” I replied angrily.

“It’s not the same.” She said, still smiling.

At that point I lost it. I told her she disgraces the red star that is tattooed on her left wrist, that she is an immediate descendant of a gringo immigrant colonist just like white Americans are, not indigenous to South America and should act like it, with respect to all peoples. I told her she should read more of what her idol Che and other Marxist leaders stood for- an inclusive unity of peoples and a fight against oppressive regimes. Fighting for the rights of the disenfranchised of all nations, not demonizing an entire nation and idolizing another because of their leaders political ideology, or their trendy appeal, or handsome face.

This young Argentinian backpacker was a fake revolutionary, and I claim – Che Guevara’s worse nightmare. She was much worse than that would be right-wing paramilitary, the entire staff of the CIA or that conniving jealous girlfriend. She represents the wolf in sheeps’ clothing. The fifth column. The ideologist who sells out.

This reminded me of a phenomenon I encounter almost every day, whether in person or on social media: Fake activists. Fake activists are easy to spot. They are active when a cause is trendy, and abandon it when it either fades from the public’s view or when it serves their own personal agenda. They preach without conducting appropriate research, often exaggerate their statements and never modestly admit when they are wrong. They are stubborn. They are egomaniacs and they are too arrogant to learn.

They are all Frog (See attached video), that white drug dealer in the epic HBO series The Wire (second season) that had to be reminded of his white, not black skin color. They are all fake.

After this aggravating episode I looked for consolation, and found it in a wonderful quote by J. D. Salinger from his epic The Catcher in the Rye:

“Among other things, you’ll find that you’re not the first person who was ever confused and frightened and even sickened by human behavior. You’re by no means alone on that score, you’ll be excited and stimulated to know. Many, many men have been just as troubled morally and spiritually as you are right now. Happily, some of them kept records of their troubles. You’ll learn from them—if you want to. Just as someday, if you have something to offer, someone will learn something from you. It’s a beautiful reciprocal arrangement. And it isn’t education. It’s history. It’s poetry.”

Big Smile.
Inexperienced , ignorant, insufferable. The only reason she’s tolerated is that she’s barely out of diapers. We’ve all been young and stupid. We can only hope she lives long enough to one day be confronted by her own myopia in the form of an unseasoned, unwrinkled version of her former self. That’s real comeuppance. And a huge lesson about keeping your ignorant comments to yourself. I know whereof I speak. As the saying goes “better to keep your mouth shut and run the chance of being thought of as ignorant than to open your mouth and remove all doubt.”