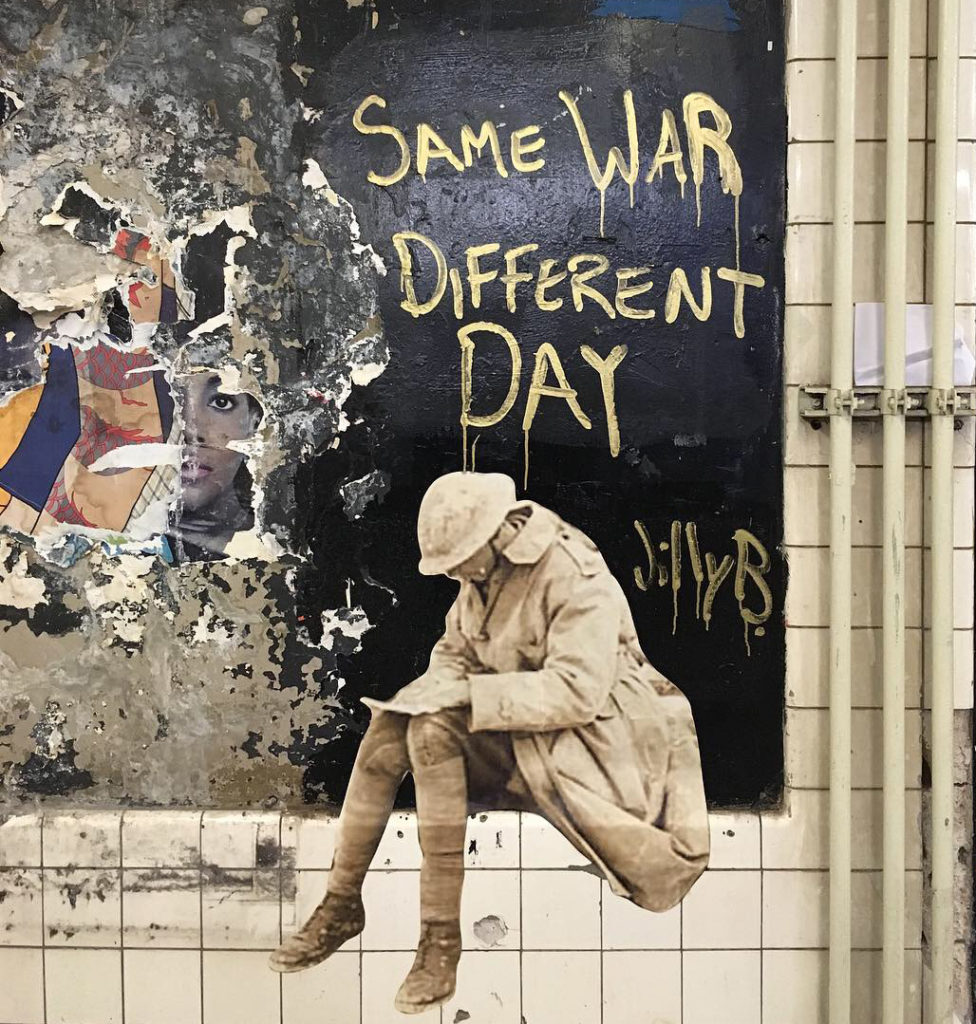 No Time for Fascists – a Neuroscientific Argument Against Engagement

Human beings are social mammals. We rely on a nurturing environment to develop into empathic beings who productively contribute to a healthy, balanced collective. Our individual fitness is wedded to our social well-being.

With the rise of fascism, a destructive order has gained strength and accelerated the unraveling of human society and our ecosystem, leading us down an abyss of existential proportions. We are all in danger.

Understandably, many concerned activists have embraced social media as a tool to engage with millions of people throughout the globe in an attempt to reverse the policies that have led to the runaway train of planet earth through the power of logic, truth and debate.

But is this helpful, or does it serve a counterproductive agenda? Can a brain that has already embraced the fascistic hierarchical order be salvaged?

The human brain seeks order to guide behavior towards maintenance and improvement of conditions of the organism. Social order within the chaos of countless humans can be provided by two competing forces: hierarchy (i.e. class oppression) or altruism. While the former embraces an individualistic approach at the expense of others and therefore polarizes society, the latter adopts a collectivist attitude, which levels the playing field.

As humans are a social species, a hierarchical arrangement is inherently unstable and destructive by catering to those at the very top, while an altruistic structure may thrive as part of a balanced ecosystem. What’s more, as hierarchy is based on privilege it is necessarily illogical, emotional, anti-intellectual and oppressive, whereas altruism is based on logic, science and truth.

Importantly, hierarchy and altruism are absolutes that lie on opposite poles of a continuum of human social behavior. A shift from one trend to the other has profound effects on society as a whole, and the millions of individual lives that comprise it. We are now in the midst of a tidal wave of changes toward hierarchical, i.e. fascistic orders worldwide.

A society is necessarily built of individuals, meaning that small changes are essential for a shift on the grand scale, which begs the question: can a brain that uses hierarchy to impose order revert to an altruistic mode?

The brain is a relatively plastic organ that can adapt to a changing reality. However, a fully formed psyche rarely changes unless it is faced with extremely aversive conditions that threaten its survival. Thus, a mind that relies on a hierarchical order does not willingly reorganize itself through logical arguments. It needs to be intensely pressured to abandon privilege.

First, like anything else, it can only happen if our genes allow it; a flexibility of the mind that only some possess, and that deteriorates with age.

Synapses that control behavioral and cognitive processes need to be inhibited, while others formed; a remapping of our neural landscape, which like all other physical processes is determined mostly by the proteins that our genes encode.

Such a process would necessarily entail the swelling up of painful memories and emotions of guilt and shame. Thus, most people would abandon the effort at this point, unable to cope with the emotional stress, especially if it were not necessary – i.e. those who hold any kind of privilege would feel an aversion toward this process and quickly find consolation in their own cocoon.

“At least I’m not disabled.”

“At least I’m not an immigrant.”

“At least I’m not Indigenous.”

Second, it depends on the interaction of genes with the environment, or in scientific parlance –epigenetics. A person who seeks to investigate the truth and shed preconceived fallacies needs a set of tools – education, support and therapy – all available within a collective societal structure discouraged in our hyper-individualistic, capitalist world.

Fascism naturally promotes anti-intellectualism and a privatization of resources, which make the necessary environmental conditions for change rare or completely unavailable and therefore the human mind has no choice but to accept hierarchy as its governing order.

Finally, it depends on time. Change is driven by pressure and happens slowly, if at all.

No time for fascists

Thus, forget about convincing people that their world view is genocidal. That they support and promote ethnic cleansing and apartheid. That they are misogynistic, white supremacist, xenophobic, anti-Semitic, homophobic, Islamophobic, transphobic, anti-intellectual, social Darwinistic, conspiratorial, brainwashed fools. That their philosophy has only led to bloodshed and misery and will lead to more.

There is very little hope of converting those with a racialized, unjust perception of right and wrong. If such change were to happen it all, it would require a critical mass of social pressure that would create a set of conditions whereby holding onto privilege would be personally damaging.

But there’s no time to wait for that, especially because our society is moving in the exact opposite direction whereby fascism is becoming normalized. Those at the very top have chosen an exceedingly extreme form of hierarchical order, and there is no point debating them.

Instead, it makes more sense to focus energies on those minds not made up or engaged at all – the people who have been historically victimized and oppressed by the hierarchical forces that are now on the rise (i.e. the ruling class). They are the ones who are always targeted first by fascists and comprise up to 50% of the population.

In contrast to hierarchical top-to-bottom changes that were shown to dictate the current rise of global neo-fascism (see Dr. DiMaggio below), altruism is achieved by a bottom-up movement.

Thus, it is essential to adopt an intersectional approach, which judges the state of human society by those who are most oppressed. Indeed, the recent mid-term elections prove that women of color are the most progressive voting constituency.

Those who seek to promote an altruistic order must use their knowledge and privilege to help and promote the conditions and leadership of those less fortunate, and resist the temptation of attempting to convert those with hierarchical, i.e. fascistic world views.